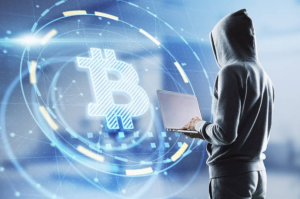 Is Bitcoin safe? Can you recover stolen Bitcoins?

Bitcoin is a sound investment and many who have invested in it are now millionaires. But the question is, is digital currency safe from hackers?

Many doubt Bitcoin because it is an entirely digital method of storing wealth not backed b FDIC insurance or traditional institutions like banks and government. Among the common concern is how vulnerable cryptography and blockchain technology is.

To ease your mind, we will address the security issues about Bitcoin to help you decide whether you should invest in it or not.

Has Bitcoin Been Hacked? 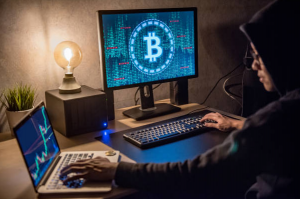 Bitcoin was launched n 2009 and I’m pleased to tell you that its entire network has not been hacked.

Bitcoin uses blockchain technology which is extremely difficult to hack. It is safe because the data is not saved on a central service but across a vast network of computers that are continually checking and validating that the records are correct.

Due to its intensive security, it’s impossible to infiltrate the system because the attacker has to breach multiple servers to gather enough information to hack it.

You can put it this way — it’s easier to steal from a room with only one vault. However, robbing hundreds of rooms with vaults, each providing bits of knowledge on how to open a single vault, would make the process very challenging.

In its 12 years of existence, Bitcoin has proven itself to be an extremely secure digital system. It boasts a reliable monetary system that has never been hacked and has never seen counterfeit money.

However, although the entire Bitcoin network has yet to be hacked, there are instances when exchanges or wallets have been hacked in the past but NOT the entire network. So, there are still potential security risks.

Bitcoins are stored in wallets and traded through digital currency exchanges. Hackers can access other people’s wallets and steal their coins through a two-factor identification process used as a security measure.

If hackers can access some of the users’ non-cryptocurrency-related personal information, they can use brute force to infiltrate wallets and steal Bitcoins. That’s why Bitcoin investors are advised to take precautions to keep their Bitcoins safe.

Also, on Dec. 23, 2020, there was a massive data breach from a France-based bitcoin cryptocurrency wallet Ledger. The data that involved the personal information of over 270,000 bitcoin and cryptocurrency users were published on RaidForums, a marketplace for buying and selling hacked information. But then again, it didn’t hit Bitcoin so hard. only the crypto wallets. 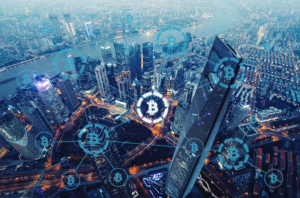 Bitcoin is a blockchain database and a network of hundreds of thousands of computers called nodes.

They communicate to create and update the database. The database is safe because compromising one computer’s database won’t ruin the whole network.

Also, other computers on the network will notify the hacked user about the corruption to assist them, correct the problem or disconnect them from the network. So, it’s really difficult to hack.

Another astounding factor is that a single computer with a valid blockchain may fix an infinite number of computers with invalid or out-of-date chains. The network does not follow the majority’s opinion but the chain that is objectively the most valid.

One of the most popular concerns about Bitcoin’s security is called 51% attack could cause a double spend. A 51% attack is when a Bitcoin miner or a group of miners try to overwrite or change previous Bitcoin blocks. The attacker will invalidate the previously resolved transactions and steal Bitcoin by changing one or more blocks.

For a successful 51% assault, a malicious actor would need to control at least 51% of the Bitcoin network’s total processing power called hash rate. It needs more computing power than the rest of the network to put together. That’s why a 51% attack requires a considerable amount of money.

Aside from the high cost of a 51% attack, Bitcoin also provides additional incentives for miners to remain honest. The incentive model does not help and will only discourage hackers because when they successfully executed an attack, it would only crash Bitcoin’s price devalue what they have stolen.

Aside from reducing the value of Bitcoin stolen, it will render the attacker’s Bitcoin mining equipment ASICS useless. Due to the economic and Bitcoin’s incentive model 51% attack does not succeed.

Another advantage that keeps the Bitcoin network system difficult to hack is the strict control and transparency of the money supply that prevents double-spending. This security feature is enforced by Bitcoin nodes to maintain its reputation and reliability. 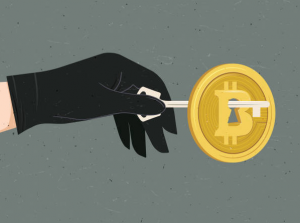 It’s important to note that there is a difference between Bitcoin users and the Bitcoin network.

Bitcoin users have to protect their private key, password, and sensitive information against hackers or loss.

On the other hand, the common security facing Bitcoin networks include the security of cryptography, the power of the peer-to-peer network and the hash rate of Bitcoin miners.

Bitcoin’s peer-to-peer network is open and decentralized. Anyone can join and view the Bitcoin blockchain. However, Bitcoin nodes enforce the rules of the network to maintain the security of the whole network.

When Bitcoin developers design new transactions or introduce new features, they closely look at how it will make the nodes vulnerable to Denial of Service (DoS) attacks which could take them offline.

Bitcoin Script is also not Turing complete; it doesn’t allow loops that could lead to a transaction with an infinite loop that could exhaust the nodes’ resources trying to validate it. If that happens, it would crash the nodes and remove them from the network making them unsusceptible from attacks and hacks.

Can Bitcoin Survive Without the Internet 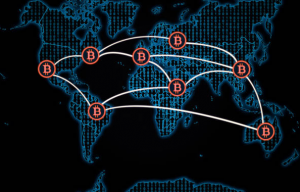 Bitcoin uses the internet to operate like most digital services including legacy financial systems.

Without the internet, the miners and nodes on the Bitcoin network would not be able to communicate and the network would be at risk.

The Bitcoin network would not be able to produce new blocks and broadcast new transactions.

But the good thing is that the existing state of blockchain would remain intact. Each node would continue storing the block before the internet was lost.

The nodes and miners could resume broadcasting new blocks and operate as usual when the internet is back.

The Bitcoin network could operate over networks and broadcast blocks over the radio, mesh network, and even satellite without the internet.

Developers are working on finding better ways to make Bitcoin more robust and less reliant on the internet.

Can Hacked Bitcoin Be Recovered? 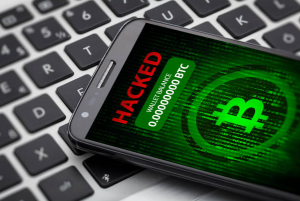 Since bitcoin and other cryptocurrencies are accessible online, cybercriminals are eyeing them and targeting crypto wallets.

There have been several crypto attacks reported in the past months.

Once cryptocurrencies are stolen, it will be very difficult to recover them.

In theory, you can track the stolen bitcoin by looking at the blockchain, but mind you; it’s not easy to retrieve it due to the anonymity in the network.

Also, the criminal can use Bitcoin exchanges to convert the digital currency into cash right away.

Also, if you successfully trace the currency using public ledgers, you would have limited options because most cryptocurrencies are decentralized.

Although it is difficult, it is still possible. Paolo Ardoino, Chief Technology Officer at Bitfinex, made it possible in one of the largest cryptocurrency heists of all time, The Washington Post reported.

In August, Ardoino received calls and messages about a breach at Poly Network, a platform where cryptocurrency users swap tokens among popular cryptocurrencies like Ethereum, Binance and Dogecoin.

About $610 million cryptos from tens of thousands of people were converted into Tether, a stable coin with a value that mirrors the U.S. dollar.

He knew that cybercriminals would transfer assets among online wallets through difficult-to-trace transactions and when done, the money would be lost forever. So, he sprang into action and froze the assets.

“We were really lucky,” he said. “Minutes after we issued the freezing transaction, we saw the hacker attempt to move out his Tether. If we had waited five minutes more, all the Tether would be gone.”

Thanks to Ardoino’s fast action, the cybercriminal did not succeed. Two weeks later, Tether released the money to its rightful owners.

What To Do With Stolen Virtual Currency 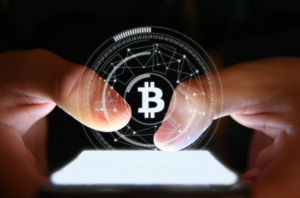 The Cyber Helpline has some tips on what you should do when dealing with stolen virtual currency.

1. Check your device for malware. There’s probably malicious software that led the hacker to access your currency.

2. Call your bank. If the transaction had a related cost that connects to your bank account, you should contact the bank immediately and let them know about a possible unauthorized or fraudulent transaction. Tell them to verify with you the future transactions.

3. Track the money. You can follow the transactions of the wallet address. If the hacker attempts to transfer funds from the wallet to crypto exchanges to sell for fiat currency. You can use browser-based blockchain exploring software like blockcypher to ‘follow’ the payment through to an end bitcoin address.

To trade crypto, one has to submit KYC information, including one’s name, address, and ID information. You can contact the crypto exchange to identify the cyber-criminal.

4. Hire a bounty hunter. If you want to recover the lost Bitcoins and you are willing to spend for it, you can hire experienced blockchain searchers to help you track the crypto and potentially recover the funds. However, the prices of their services can be expensive.

How To Avoid Your Bitcoin From Being Stolen 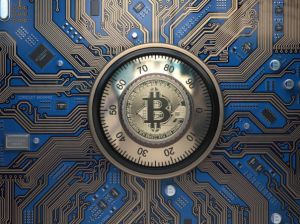 If you want to keep your digital assets away from prying eyes and cybercriminals, here are some tips that you can follow.

1. Do not talk about owning a virtual currency. You are more unlikely to be targeted if no one knows about your digital assets.

3. Use a new email address and complex password. When setting up an account for Bitcoin, it’s best to create a new email for it. Do not use the email on your social media accounts or give your boss or pals.

4. Spread your investment. Many exchanges have already been hacked so; it’s best to spread your bitcoins in different exchanges.

The Bitcoin network is generally safe. It uses blockchain technology and in its 12 years of existence, it has proven itself to be secure because it has never been hacked.

However, there are many instances when crypto wallets and crypto exchanges have been hacked. So, it’s best if you take precautions when storing your Bitcoins.

Always makes sure that your private keys, passwords, and other sensitive information are not easily accessible.

You can check our home page if you wish to learn more about bitcoin, bitcoin mining, and bitcoin profitability!

How to Make Money with Bitcoin? 9 Investment Tips